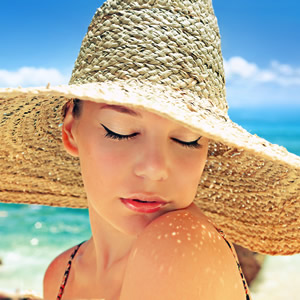 Many patients are surprised to hear that Plastic Surgeons perform Hand Surgery. Dr. Rosato had extensive training in Hand Surgery at the Cleveland Clinic Foundation during his residency, and earned a certificate in added qualification in Hand Surgery in 1994. Many common hand surgeries can be done under local anesthesia as an outpatient, leading to a more rapid recovery. Carpal tunnel surgery and other minor operations are offered under local anesthesia. You may also have general anesthesia or twilight anesthesia. For further information on this procedure you can visit the American Society of Plastic Surgery web site, http://www.plasticsurgery.org/reconstructive-procedures.html.

Skin cancer patients are often referred to Dr. Rosato to repair structures that have been damaged by the cancer removal. Pathology is available at the Center for more difficult skin cancers using a technique called frozen section. It is very similar to the Moh’s technique. The Rosato Plastic Surgery Center is licensed by the state of Florida as an ambulatory surgery center. Most surgeries are done under local anesthesia however you may choose to have twilight anesthesia. For further information on this procedure you can visit the American Society of Plastic Surgery web site, http://www.plasticsurgery.org/reconstructive-procedures.html.

Melanoma is a worrisome form of skin cancer that is usually dark in color. Unlike the more common forms of skin cancer it may spread to regional lymph nodes and distant site in the body if left untreated. The chance of spread depends on how deep the melanoma has penetrated into the skin. Dr. Rosato brought the technique of Sentinel Lymph Node biopsy to the Treasure Coast in 1995. With this technique a lymph node or a few lymph nodes are removed for pathology analysis. The status of the lymph nodes is important to predict the risk of melanoma spread. Thin melanomas have very little chance of spread and thick melanomas have a greater chance of spread. The sentinel lymph node biopsy spares the patient the larger operation of complete lymph node removal. However, if the sentinel lymph node is positive for melanoma then the recommendation is to remove the rest of the lymph nodes. If melanoma has spread to the lymph nodes then chemo therapy is usually considered. There are many new and promising options to treat Melanoma with new chemo therapy drugs. However, the best chance to cure melanoma is early detection and surgery. http://www.webmd.com/melanoma-skin-cancer/surgical-excision-of-melanoma.